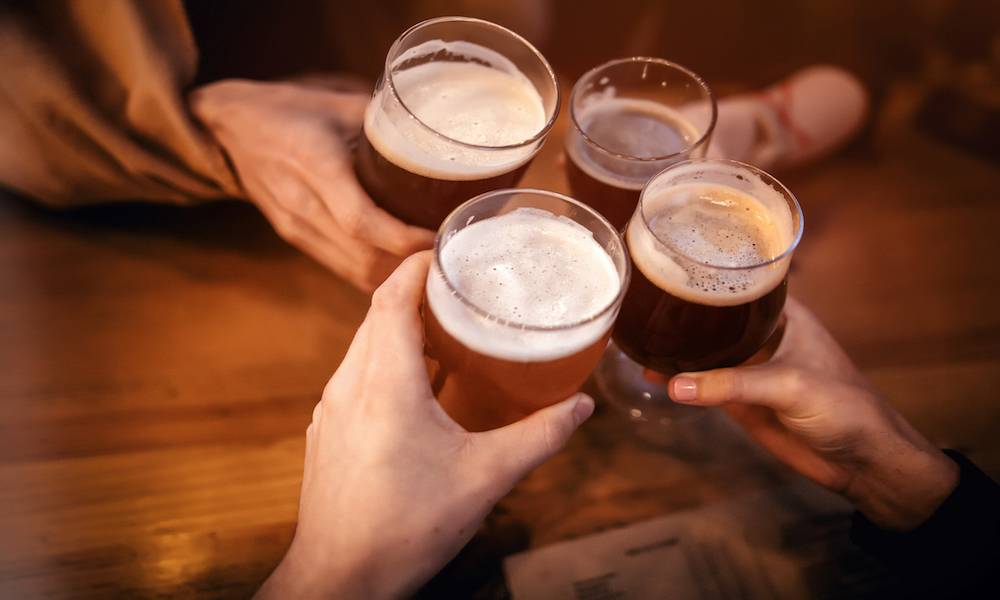 Looking for a great Oxford brewery? Whether you want to quaff homemade cider and craft beer in a stylish taproom or take a tour to learn the tips of the trade, Oxford has plenty of breweries so you can get your fix.

Luckily for you, craft beer is undeniably in fashion right now. And with new Oxfordshire breweries seemingly popping up each month, you’ve got an array of choices between big names and independent microbreweries.

With their Botley taproom back open, Tap Social Movement serves up some of the best craft beer Oxford has to offer. The lineup includes lagers, an American pale ale, and an inside out stout. So whatever you fancy, there’s sure to be something to tempt you.

The taproom itself is pretty cool, too. On first impression it looks a lot like a nondescript warehouse with seating spilling out onto the car park area, but take a closer peek and you’ll find a cool industrial vibe inside – filled with Moroccan rugs and pretty fairy lights hanging from the metalwork.

And if you want to watch the Euro’s here this summer, you’re in luck too – just mention when booking that you’d like to watch the football and you’ll be placed with a great view of the screen.

There’s nowhere better in Oxford to grab a beer and scoff some street food from local trucks, all whilst a DJ brings the fun.

Meet every Tom, Dick, and Harry at The Plough at 38. No, really. That’s what they call the giant copper barrels perched behind the bar.

With four beers made especially for The Plough, you can choose between Oxford Lager, Oxford IPA, Oxford Porter, and Oxford Stout – or try them all!

But as great as these beers are, it’s the gorgeous interior that steals the show. Warm lighting and rustic touches create a cosy atmosphere, and they also serve up some delicious pub grub to accompany their brilliant beer.

Boasting a place in the Good Beer Guide, The Royal Blenheim is a traditional 19th-century pub offering locally brewed gins and beer, as well as an extensive menu of classic pub grub.

Their very own White Horse ale is brewed less than 20 miles away and they also stock plenty of local craft beers on rotation – so if you see something you want to try, make sure to snap it up!

Brewdog’s Oxford offering has all the great beers you’d find at any of this chain brewery’s locations, and this one’s just ten minutes on foot from the city centre.

There’s too much to name everything on offer but you’re sure to find a pale ale, lager, or even a cider that suits you – and even if you’re not a beer fan, I highly recommend the refreshing Lost Lager Radler.

Brewdog also has an extensive burger and wings menu – the perfect accompaniment to a craft beer or cider. Vegan? You’ve also got plenty on the menu, including vegan wings, burgers, and a veggie haystack.

If you’re looking for a vast selection of craft beer, Oxford Brewery offers casks, kegs, bottles, and cans, alongside guest beers and soft drinks for those who don’t fancy a beer.

The taproom sits right next door to the brewery in Coopers Yard in Horspath, not far from the city centre, and provides a perfect escape from some of the busier breweries in Oxford. The inside is intimate – the perfect blend of cosy and cool furniture with a small open bar.

There’s also an onsite shop, so you can bring home a bottle of Mathilda’s Tears, Scholar, Prosper, or any of the other beers that take your fancy. Not in the area? You can also purchase from their webshop!

A post shared by The White House By Tap Social (@tapsocialwhitehouse)

If you’re a fan of Tap Social Movement, their second Oxford offering is The White House just on the other side of the Folly Bridge in the city centre.

With a similar beer line up to the Tap Social Taproom, you’ve got lots to choose from, including their best-selling Time Well Spent IPA.

The White House also has a pretty beer garden complete with rainbow tables, so it’s a great spot if the weathers nice (although this is the UK, so I wouldn’t hold out much hope). But if you’re feeling committed, don your waterproof jacket and have a craft beer in the drizzle, like a true Brit.

For something slightly different, Teardrop is a nano-pub and concept store by Church Hanbrewery in Oxford’s Covered Market.

Whilst you won’t be able to guarantee a seat (it resembles something like a tiny Japanese Izikaya with about 3 places), you’ll be able to perch somewhere nearby with your home-brewed Teardrop beer.

Though they change their menu often, there’s always a few options available for you to choose from – it’s definitely worth paying a visit if you’re in the centre of Oxford.

Loose Cannon is an iconic Oxford brewery with a fun taproom in Abingdon, a stone’s throw from the historic centre.

Loose Cannon’s extensive range of beers include their popular Abingdon Bridge, Gunner’s Gold, and Mad Max, alongside their small offering of ciders. Or if that’s not your thing, there’s also plenty of local wines and spirits at their taproom.

With plenty of quiz and live music nights throughout the year, it’s the perfect place to try a new beer or two and relax with your friends.

Humbly known as The Oxford Beer, Chadlington Brewery is a little bit further out of Oxford towards Chipping Norton, but worth making the drive if you simply appreciate a good beer.

Whilst their taproom is technically not open yet, they’ve got plans to open it alongside their brewery in the near future – so make sure you check before you go. But if you’re passing by, make sure to pop into their shop.

This Oxfordshire brewery uses water from a local spring, so each beer is made with pure, filtered Oxford Spring water – and their selection includes an impressive variety of pale ales, blondes, and lagers.

Another Abingdon gem is The Brewery Tap – and their vast food menu rivals their beer selection.

With six beer engines serving local ales, an impressive keg wall, and plenty of specialty beers, it’s the perfect place to kick back and enjoy the Euro’s this summer (shown on their huge screens inside and outside of The Brewery Tap).

Food-wise, you’ve got a choice between burgers, smoked meats, and even a tapas menu with a British twist – pigs in blankets instead of chorizo, anyone?

As the Little Ox Brew Co. aptly put it, they serve great beer with no bull.

Whilst they don’t have a permanent space to grab a drink, they often open their taproom up for events where ale aficionados can go and try out new beers, giving helpful feedback in exchange.

But don’t panic if you can’t make it to an event, you can purchase a selection of their beers online to try – and the Wonky Beer comes highly recommended.

Make sure to keep your eye out for their striking logo when you visit some of these pubs in Oxford, as you might just find that they stock some of these beers.

The Grapes is a popular pub in Oxford that dates all the way back to 1820. After swapping names a few times (it was previously known as Beerd), The Grapes has made a comeback and is better than ever.

The West Berkshire Brewery have recently overtaken the running of The Grapes, transforming what was once a dated landmark pub into a swanky joint offering plenty of beers from 13 keg taps and 7 cask lines.

Opt for their Detour Pale Ale or try their Renegade Lager, it’s up to you. Their alcohol-free peach pale is perfect for those who are after a sweeter drink, or you’ve got classic wine and spirits on offer, too.

A post shared by The Wriggly Monkey Brewery (@wrigglymonkeybrewery)

Head to the nearby town of Bicester and pay a visit to The Wriggly Monkey Brewery for what they describe as ‘beer engineered for petrol heads’.

Located at Bicester Hub for motoring, this Oxfordshire brewery channels its passion for cars into cracking ales, lagers, and ciders. On offer is a Super Sports pale ale, a Charabanc ruby ale, and a Full Tilt amber ale, amongst plenty of others.

Their taproom is uber quirky too, you’ll be downing pints surrounded by some pretty cool vehicles.

And, I know what you’re thinking. What is a wriggly monkey? Apparently, it’s a part you can find in a Frazer Nash car – one of the hub’s favourites.

St Aldates Tavern treads the line of traditional and dated. Luckily though, it manages to teeter away from dated. Filled with red leather sofas and with antique badminton racquets hanging on the walls, this pub really is a true Oxford establishment.

Whilst they don’t brew their own beers, they host plenty of meet-the-brewer events where you can sample the newest craft beers in Oxford and chat with the people who make them.

On regular days, though, you can pop in for a classic beer, or opt for a mainstream cider, wine, or spirit.

Okay, hear me out. Yes, Hook Norton might be a bit far to travel for a beer, but is it worth it? I think so.

Less than an hour’s drive away in Banbury, Hook Norton Brewery’s cutely-named Hooky drinks await – the berry cider is a personal fave, but you’ve also got a selection of classic ales if you fancy something less sweet.

You can even make a day of it here (which I highly suggest if you’re travelling far) – take a tour of the brewery and learn all about how they make their magnificent drinks, before making your way to the taproom and trying a few yourself.

While it’s a tad random, there’s even a couple of shire horses that you can find at the brewery, and you can often see them pottering about the local area.

Head just east of Oxford towards Witney and you’ll find Wychwood Brewery and Taproom – most famous for brewing their Hobgoblin drinks.

The taproom sits to the back of the brewery, and while it’s definitely not winning any style awards, you’ve got some great drinks to try. Not just home to craft beer, Wychwood also concoct wines, gins, prosecco, and a range of spirits, so don’t fret if beer isn’t your thing.

You’re also welcome to take a 2-hour tour through the brewery, where you’ll be given the low down on Hobgoblin’s history and be invited to sample some of the best beers in your own souvenir glass (who doesn’t love a freebie?).

For an extra special experience, why not learn how to make your own beer with LoveBeer Brewery?

Their Build a Beer brew days gives you the opportunity to take your love for beer to the next level. You get total creative control, choosing your ideal malted barley and hops to craft your very own special drink.

This experience is pretty pricey at £250 for two people, but the whole day is taken care of, including some bacon butties for breakfast and, of course, a beer or two with lunch – this would make a brilliant present for any beer lover in your life.

Map of the Best Breweries in Oxford for Craft Beer 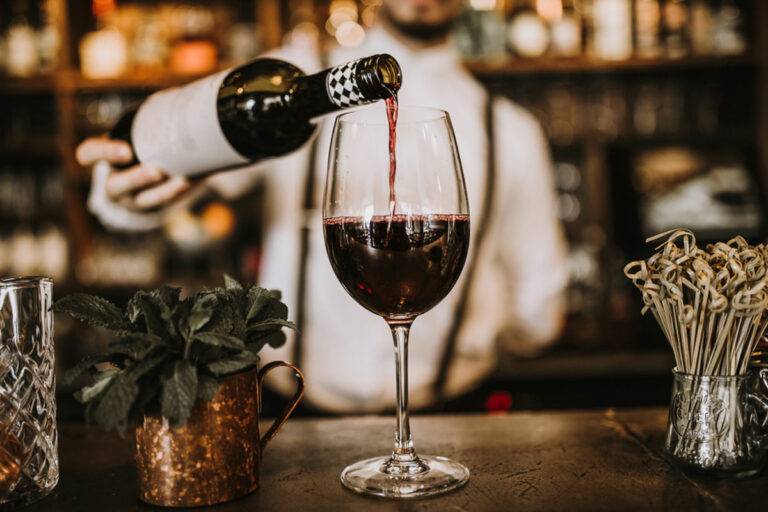 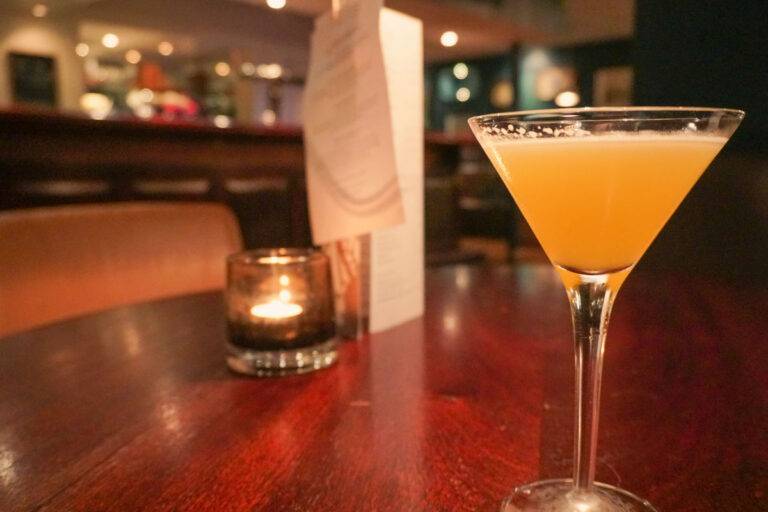 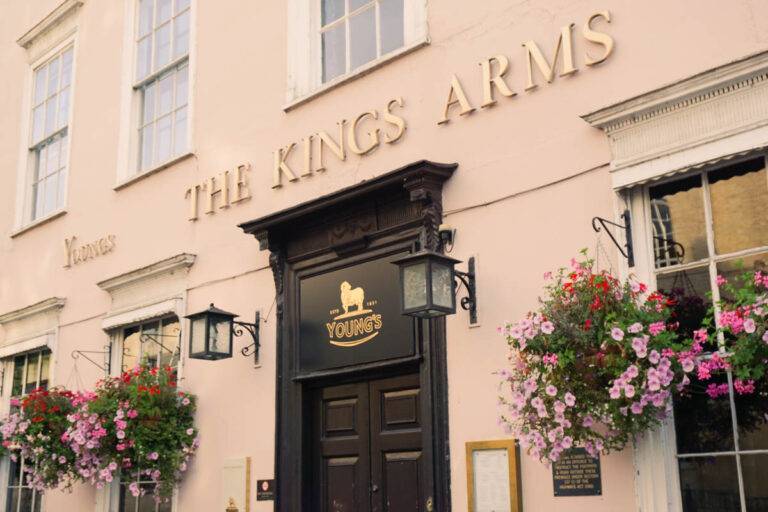 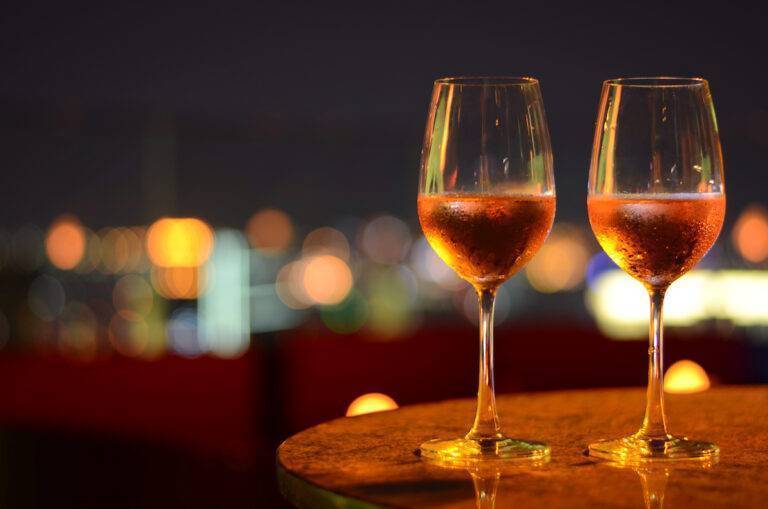