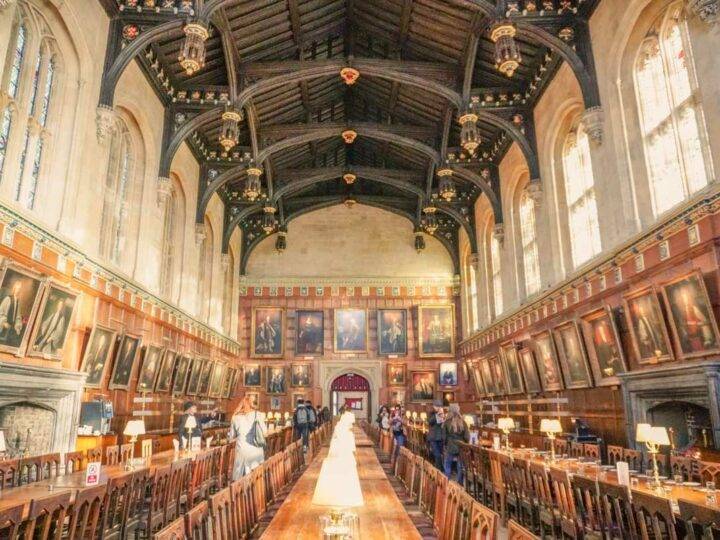 Oxford + Harry Potter = the ultimate adventure. Don’t believe us? Get your wands out and bring your broomsticks – we’re going to explore this magical city on a self-guided Harry Potter tour of Oxford.

If you asked us to name two of our very favourite things, we can hand on heart say that Oxford and Harry Potter would be our picks.

Why? Have you seen a photograph of Oxford? It’s beautiful – not to mention filled with so many brilliant things to do.

As for Harry Potter – need we explain? A fantasy world filled with wizards that just so happens to be some of the cosiest movies (that we rewatch every single autumn). We’re not obsessed, ok? Fine. We totally are.

But we’re guessing that if you’re reading this, you’ll totally understand. So what are we waiting for? Let’s set off on our Oxford Harry Potter tour.

First Up Was Harry Potter Filmed in Oxford?

Yes! Some parts of the Harry Potter films were shot in Oxford, along with other British destinations like London, nearby Blenheim and Alnwick.

PS – If you want an in-depth guide to Oxford’s top sights, check out our guide to the best things to do in Oxford.

What are the Oxford Harry Potter Locations?

At a quick glance, Harry Potter was filmed in the following Oxford locations.

PS – we give you more than enough information to do your own self-guided Harry Potter tour of Oxford but we know that some people still like to have a guide to show them around.
If that’s you, you can browse these highly recommended guided tours.

Christ Church contains quite a few stops on the Harry Potter Oxford tour, so although you have to pay an entrance fee to get into the college, it covers more than one filming location.

This historical college has a long and illustrious history that saw it founded as the pet project of Cardinal Wolsey, before being nabbed and renamed by Henry VIII (we guess that being king has a fair few advantages). It was later used as the Royal base during the English Civil War.

All very interesting, but Christ Church also just so happens to be the Oxford College most connected with Harry Potter – so it makes sense to start our Harry Potter walking tour of Oxford here.

We should be clear – contrary to popular belief, you won’t find the actual Harry Potter dining hall in Oxford.

Scenes of the hall were actually filmed on a special set in the Warner Bros. studios but the set was created with close reference to photos and descriptions of Christ Church’s hall.

PS – Did you know that Christ Church isn’t actually the biggest dining hall in Oxford. That title goes to Keble. Rumours have always flown that the producers wanted access to Keble’s hall but were refused. Is it true? No idea – but we’ll be controversial and say that Keble’s hall is better* so we wouldn’t be surprised.

*Runs and hides from the inevitable rain of fury from Christ Church’s many adoring fans.

The Bodley staircase, leading up to Christ Church hall is one such location.

The top of the staircase is used in Harry Potter and the Philosopher’s Stone when the new first years (including our favourite trio Harry, Ron and Hermione) walk up to Hogwarts for the first time and are welcomed by Professor McGonagall.

We also see them return to this spot at the end of the film after they’ve defeated Quirrell and Voldemort and are about to head home.

The bottom of the stairs are used in Harry Potter and the Chamber of Secrets – both as the spot where Harry and Ron are collared by Argus Filch after their escapade with the flying car and also where Harry meets Tom Riddle.

Visiting Christ Church? Make time to visit the Christ Church Picture Gallery, which is one of Oxford’s best museums.

We told you there are a lot of Christ Church Oxford Harry Potter sites!

This one is a little more tucked away than the others. Again, it’s one from The Philosopher’s Stone – the location where Hermione shows Harry that he was born to be a seeker – showing him all the trophies that James Potter won during his time in Hogwarts too.

Next up on our Harry Potter tour of Oxford? The Bodleian Library’s gorgeous Divinity School.

The Divinity School is another spot where Oxford University and Harry Potter meet. It was used as a filming location in Harry Potter and the Philosopher’s Stone and in subsequent films as the Hogwarts Infirmary.

Remember that scene in the Philosopher’s Stone when Harry is recovering after his first encounter with Voldemort and Dumbledore comes to visit him. Or when Harry and Hermione use the time turner leaving poor Ron in the hospital bed in Harry Potter and the Prisoner of Azkaban.

No doubt you recognise it, the combination of the beautiful lierne vaulted ceiling and those windows isn’t easily mistaken.

The Divinity School not only features as Hogwarts hospital, it makes an appearance in Harry Potter and the Goblet of Fire as the hall in which the students practice their Triwizard Tournament dances.

Who knew that all that awkwardness (Ron’s face when he has to hold McGonagall’s waist is just classic) took place in such a beautiful location?

Watch the video clip – Harry Potter Recovers in the Infirmary

Fee for entering the Divinity School £2.50

You know the scene where Harry is wearing the invisibility cloak and looking for information in the restricted section of Hogwarts Library? Yep, you guessed it – that’s the Duke Humphrey’s Library.

Fee for entering Duke Humfrey’s Library: Can only be accessed on a tour. Cost £6.

Although we knew about quite a few of the Harry Potter filming locations in Oxford before our last trip, the New College cloisters were completely new to me.

New College itself could easily double up as Hogwarts, with its arched stone tunnels and imposing architecture. Don’t let the name fool you – the “New” College actually dates back to the 14th century (ha! Only in Oxford).

What a discovery – the gloomily quiet cloisters are one of my new secret spots in Oxford. That’s great – but where do they pop up in Harry Potter?

The New College Cloisters crop up in Harry Potter and the Goblet of Fire quite a few times – they were used for many of the corridor scenes within the film, including the one where Harry has to push through all the Gryffindor students wearing Potter stinks badges to go and speak to Cedric.

Mad Eye Moody has popped up on the scene and transfigures Malfoy into a ferret and stuffs him down his buddy’s trousers before he’s told off by Professor McGonagall.

Funny isn’t it, how you don’t feel one shred of sympathy for Draco…

Got More Time? Bonus Stop for Your Harry Potter Walk in Oxford

Fancy seeing a game of real-life quidditch? Well, check out the Oxford Universities Quidditch Club. Mudbloods Muggles dash around the pitch (sadly, they haven’t yet worked out how to fly but give them time) in a real-life version of the fantasy game.

We are so sad that this didn’t exist while we were at uni – running around with a pretend broomstick and slamming balls through Quidditch hoops sounds is exactly the kind of thing we would have have spent our time doing.

And there we are, our self-guided Harry Potter walk in Oxford. We hope you have even a smidge of the fun following the tour that we did researching and writing it. 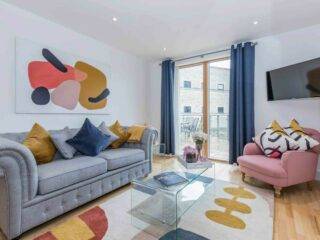 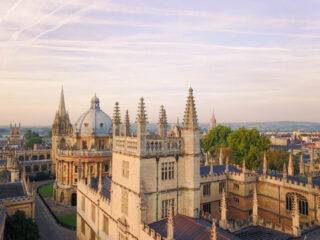 Next
The Edit: The Best Things to do in Oxford in June