So your Oxford break is coming up, lucky you! But you haven’t had time to research where to go and what to see. We hear you.

Want to view all of Oxford’s best things to see, at a glance? Funnily enough, we’ve created a map that will help you do just that.

Below is the insider’s guide to the best places in Oxford. It’s a collection of all the best cultural hotspots and attractions from those in the know (including a selected list of colleges). The only Oxford tourist map you’ll ever need.

Looking for the perfect map to help you navigate the city? Save this interactive Oxford Map of Oxford to your phone (don’t forget to offline it so you can use it without mobile internet) and go!

Sights Featured on the Oxford Map

Want a little more information on the places featured on the Oxford sightseeing map? Here’s a brief rundown of each entry.

Keble College is famed for its rather jazzy brickwork. Its Victorian Gothic architecture also happens to surround the largest sunken quadrangle in Europe. Don’t miss the breathtaking interior of College Hall which is open to the public.

While you’re in the vicinity, take a look at The Chapel at Keble College. It’s home to a well-known painting by Pre-Raphaelite artist William Holman Hunt The Light of the World which was painted in the early 1850s.

As well as a stunning dinosaur exhibition hall, specimens at the Museum of Natural History include the Oxford Dodo – the world’s most complete remaining tissue of a single dodo bird.

In the same building as the Museum of Natural History is the Pitt Rivers Museum. Documenting the history of man, this enormous collection comprises objects from all over the globe and come from all periods of human existence.

The Oxford Botanic Garden is the oldest of its kind in the UK and is a must-see for gardeners and nature lovers, all year round. The garden has over 5000 different plant species and The Harcourt Arboretum has 130 acres of rare and endangered trees.

Christ Church College is another college that lays claim to Harry Potter fame. Lewis Carroll studied here. It’s also where he met Alice Liddell, his muse for Alice in Wonderland.

Christ Church Meadow is one of the prettiest parks in the city. With a picturesque War Memorial Garden and Rose Garden, not to mention the grazing longhorn cattle near the banks of the Thames, this a delightful place for a gentle stroll.

Magdalen College (pronounced ‘maudlin’) was famously attended by Oscar Wilde. An old tradition sees the choir sing from the top of the iconic Magdalen tower at 6am on May Day. The grounds here are so vast, it even has its own deer park.

From rugby to quidditch, University Parks plays host to many of the university’s sports club games. So, if you need a break from all that city sightseeing, take some fresh air along the River Cherwell or pause for a picnic.

Examination Schools is an impressive ornate Climpsham stone building constructed by Sir Thomas Jackson in the late 19th-century to house the University’s examinations.

You won’t want to miss the breathtaking interior of the Bodleian Library. The intricate vaulted ceilings are pretty special. This is the main research library for the university and is one of the oldest libraries in Europe. Its book collection is also HUGE.

It’s technically still part of the Old Bodleian Library, but we couldn’t leave this off the Oxford map, could we? The iconic Radcliffe Camera is named after the royal physician John Radcliffe whose estate funded the construction of a new library in the mid-18th century. It’s now one of the most photographed attractions in the city.

The Sheldonian Theatre is not just another eye-catching piece of architecture. It happens to be Sir Christopher Wren’s first major commission and the first Neoclassical building in Oxford. It hosts an array of talks and concerts, as well as the university’s graduation ceremonies.

One of the smaller colleges with only around 400 students, Trinity College boasts beautiful grounds and an impressive Baroque chapel where the college founder, Sir Thomas Pope, is buried.

16. Ashmolean Museum of Art and Archeology

The world class Ashmolean Museum is undoubtedly one of the city’s best museums. There are treasures from Eastern and Western Art, ancient artefacts and Egyptian mummies, but also the work of artists from the present day.

Oriel College boasts a fascinating medieval history as you’ll see from the various artefacts scattered around the campus. It was founded in 1326, making it the oldest Royal Foundation in Oxford.

New College has such beautiful architecture you’ll spot its ornate cloisters in the films His Dark Materials and Harry Potter and The Goblet of Fire, to name a few. The New College choir is well known and considered one of the best in the world.

Fancy a shot at ‘the hardest exam in the world’? All Souls College is only for appointed fellows, but each year takes a small number of recent Oxford graduate and postgrad students (if they manage to pass an extremely difficult exam).

Look out for Sir Christopher Wren’s sundial above the door to the All Souls library.

The Queen’s College or ‘Queen’s College’ was founded in 1341 and is named after the wife of King Edward III, Queen Philippa of Hainault. The stunning Neoclassical architecture by Sir Christopher Wren and Nicholas Hawksmoor (of St. Paul’s Cathedral fame) makes this college a must-see.

Founded in 1264 AD, Merton College is one of the oldest. It’s well known quadrangle – Mob Quad, was built in the 14th-century, making it one of the oldest quadrangles at Oxford or Cambridge. J. R. R. Tolkien was a professor of English at Merton in the 1940s and ‘50s.

Be sure to grab a bite to eat at The Covered Market. It opened in 1774 and many original features still remain from the various add-ons over the years.

This includes the 19th-century iron bars that project from the shop fronts – originally used to hang meat.

And there we have it – a map of Oxford’s tourist attractions and sites. We hope that you find it useful.

The Best Things to do in Oxford 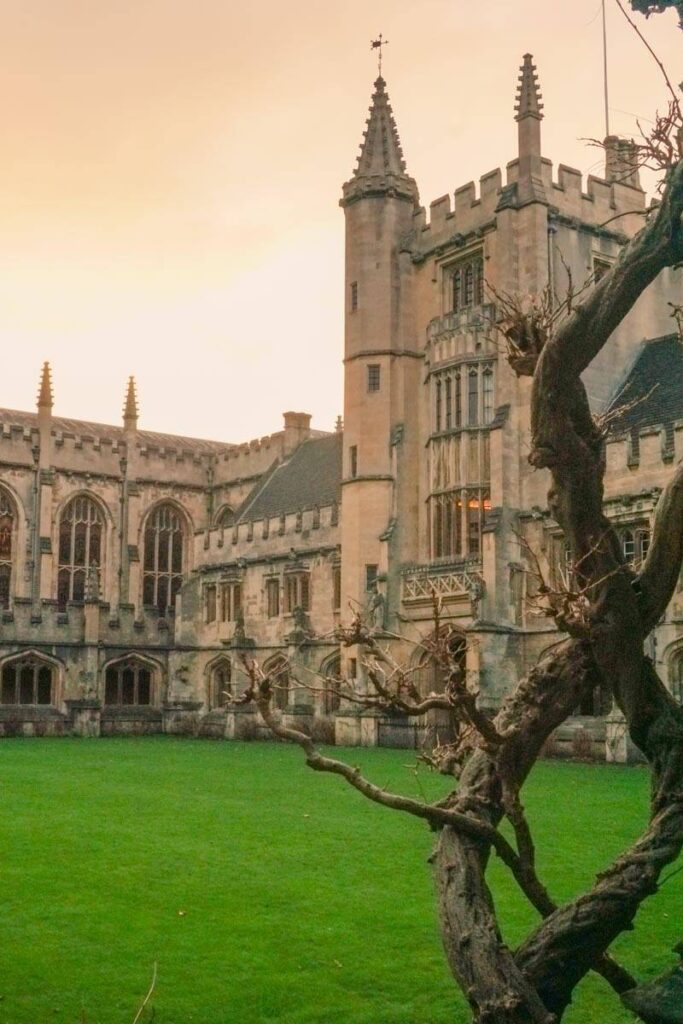 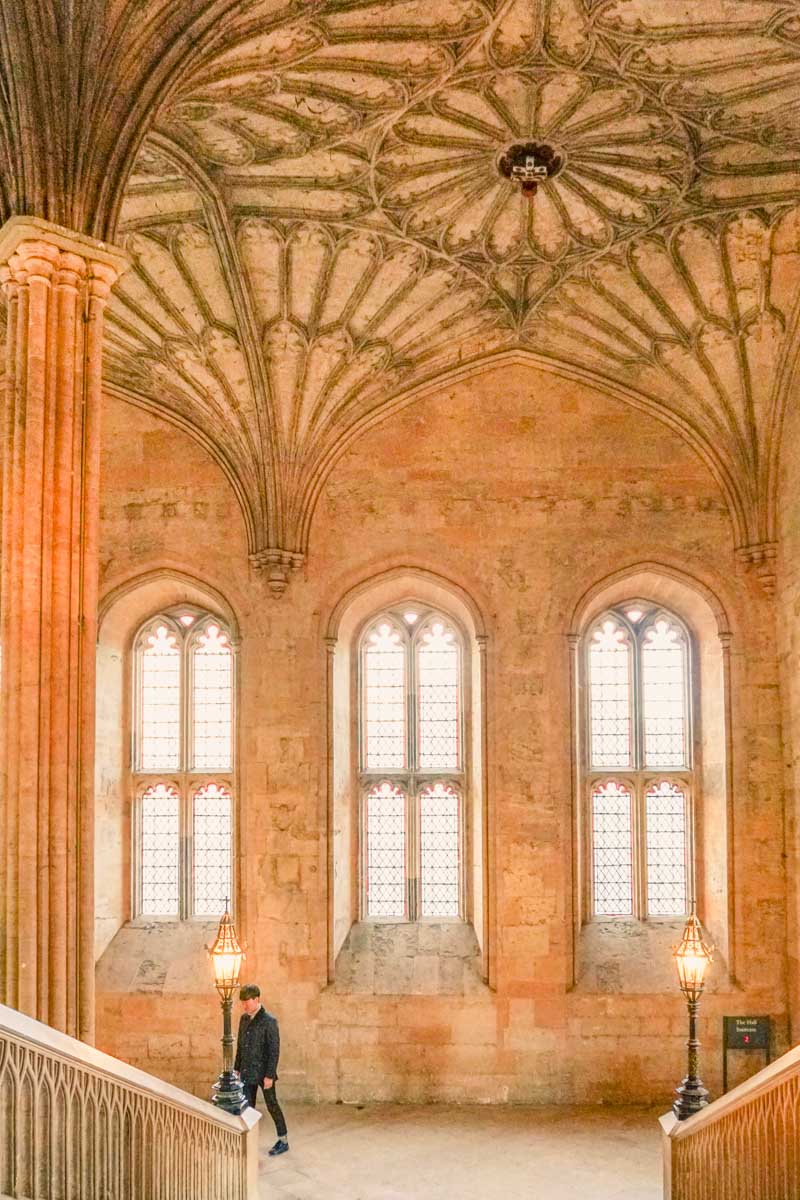