Top 10 Oxford Colleges You Must Visit 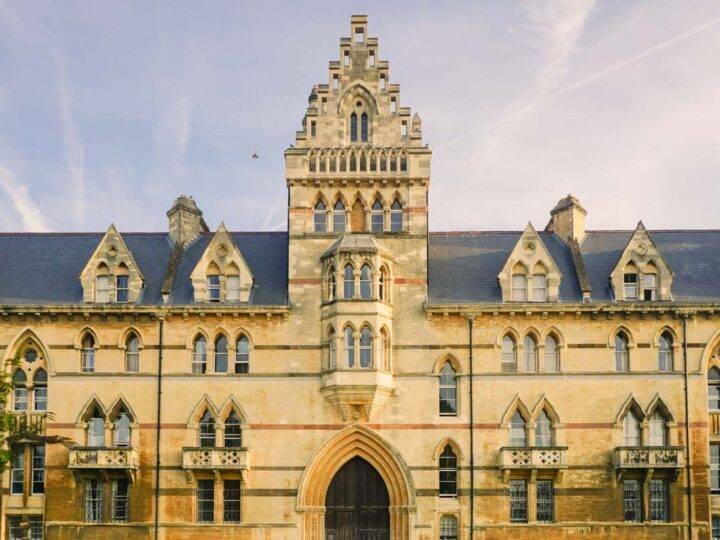 With more than 30 colleges making up Oxford University, it can be confusing trying to decide which ones to visit. Especially since all of them are rather beautiful, with ornate decor and breathtaking grounds to make your way around.

But do you stick to an ultra-famous institution like Christ Church or Magdalen? Or opt for one less popular?

Luckily for you, we’ve been extremely studious and have rounded up our insider’s pick of the top 10 Colleges in Oxford that you need to visit during your time in the city.

If you’re a classic literature fan (or a huge Potter nerd, like us) Christ Church College is filled with fascinating ties to some of the world’s favourite fictional characters.

In fact, the Harry Potter film crew were so taken by Christ Church that they decided to use many locations within the College. You can get the full rundown here, but make sure to check out the Bodley Staircase, the College Hall, and the Cloisters if you visit.

Lewis Carroll (or Charles Dodgson, which was his real name) actually studied at Christ Church himself – this was where Alice in Wonderland was born.

During his time here, Caroll met a girl named Alice Liddell. They soon became the best of friends and he would tell her enchanting stories during their boating trips. It was at her request he began to write the stories down… and Alice’s Adventures in Wonderland was born.

Not only is Christ Church College famed for its influence on literature, but Christ Church Meadow (which lies just behind the historic buildings) is one of the most beautiful parks in the city.

Once you’ve explored the College, head out to the garden to view The War Memorial and Rose Garden – or stroll along the grassy paths and admire the longhorn cattle that graze nearby.

Entry: This is one of the more expensive Colleges to visit, tickets can be bought here for £16 and small batches are released each week.

Magdalen College (which is actually pronounced maudlin, in case you were wondering) had the opposite of humble beginnings.

William Waynflete, Bishop of Winchester and Lord Chancellor, founded the College in 1458 with the intention of creating a grand institution. As a result, his foundation was the largest in the city, boasting 40 Fellows, 30 Demies (scholars), and a huge choir to sing in the Chapel.

By the time Waynflette died, Magdalen College was a roaring success – with breathtaking buildings, delicate statues, and a hefty income.

Seeped in history, today it is one of the prettiest Oxford Colleges and has been visited by plenty of Royalty throughout its time.

Magdalen is open to public viewing for most of the year, with the Hall. Chapel, and Old Kitchen Bar granting you a sneak peek into life at the College today.

Make sure you also head to The Deer Park, where you can spot the dainty creatures before taking a scenic stroll along the River Cherwell.

Entry: No need to book in advance, just turn up. Entry costs £8 and includes access to The Deer Park.

Keble College has earned itself a few nicknames over the years – the nicest being ‘the friendly College’ and the funniest, a comparison of the building’s unique brickwork to a plate of lasagne.

When the College was founded in 1870, it was intended to make Oxford far more accessible to people who had less affluent backgrounds.

The architecture might not be to everyone’s tastes (although the Victorian Gothic redbrick makes a striking contrast to all that sandstone you see elsewhere in the city) but that’s not all that Keble has to lure the visitors. First up, there’s the huge sunken quadrangle (the largest in Europe) that is the first thing you see after entering through the Porter’s Lodge. Then there’s the magnificent chapel, complete with the famous Holman Hunt picture The Light of the World.

As if that’s not enough, the College Hall actually holds the record of being longest in Oxford – not to mention one of the most stunning. Rumour has it that the Harry Potter crew originally wanted to film here but were refused as the college didn’t want to take down the paintings that line its walls. True or not,  you should totally check it out when you visit.

Entry: Entry is free – larger groups will need to book onto a guided tour.

Located in Oriel Square, Oriel College is the oldest Royal Foundation in Oxford – technically that title belongs to University College, although they no longer associate themselves with founder King Alfred.

The College and its four medieval halls (Bedel Hall, St Martin St Mary Hall, and Tackley’s Inn) were the last of the Oxford’s Men’s Colleges to admit women in 1985. And you’ll be glad to know that today the gender split is pretty equal.

As you wander through Oriel, you’ll be able to spot plenty of medieval trinkets and gems dotted across the campus – notable items include a coconut cup, which is only one of six in Oxford, and even part of the Magna Carta under strict lock and key.

If you’re interested in medieval history, make sure to visit Oriel College in Oxford.

Entry: The College is usually open between 2pm – 4pm every day except for Summer Term. Tickets cost £2 on the door to enter.

Situated opposite the Ashmolean Museum, Balliol College is one of the oldest and centrally located Colleges in Oxford.

The institution was founded circa 1263 by John I de Balliol – it’s believed that, following a dispute over land, the founder abducted a bishop and forced him to support a group of Oxford scholars. And thus, the College was born.

The College is home to two Quadrangles: one at the front of the building and one in the garden. Both would have been graced by former President of the United States, Bill Clinton, who briefly studied Politics, Philosophy, and Economics at Oxford University and resided in the College’s Holywell Manor (though, he didn’t actually finish his degree).

On a visit here, make sure to keep an eye out for the College tortoises that race each year. Rosa was the previous mascot, though she actually disappeared (read: was stolen) which caused a total storm in the city.

Luckily the College now has a new tortoise and, with it, a very special position assigned to a student: Comrade Tortoise.

Entry: Entrance costs £3 for adults and £1 for students and concessions.

Another of the most popular Oxford Colleges – perhaps because of the connection to Harry Potter – is New College.

The courtyard was used as a filming location during Harry Potter and the Goblet of Fire. You know the bit where Mad Eye Moody turns Draco into a Ferret? That was filmed right here.

The nearby cloisters are also used throughout many scenes within the film – take a wander through and see which bits you recognise (though, we reveal all here).

As well as this, notable alumni include Hugh Grant and Kate Beckinsale, so if you’re looking to walk in the footsteps of some of the world’s greatest stars, head here.

Entry: Tickets cost £8 for adults and £7 for under 16s. The College is open for a couple hours each afternoon – check here for the times.

The unique name of All Souls is actually taken from its (even gloomier) official name: College of the Souls of All the Faithful Departed. Unlike other Colleges, members here automatically become fellows and join the College’s governors.

While the College doesn’t accept undergraduate members (boo), recent graduates are invited to apply for a tiny number of exam fellowships – it’s even been described as the hardest exam in the world.

And after the exam, a gruelling interview. Basically, getting in is very, very difficult.

The building itself is incredibly pretty, with previous fellow Sir Christopher Wren’s sundial marking the entrance to the All Souls Library. However, the College chapel is strikingly different in its design – a Victorian renovation left the building standing unique against the rest of the College.

Entry: Currently closed to the public – check here for updates.

Funnily enough, Trinity College actually began its life in 1555 on the grounds of land which had been occupied by Durham College and was home to Durham Cathedral’s Benedictine monks.

Although physically it’s one of the larger Colleges, there are only around 400 students studying at a time – it was a men’s college for hundreds of years, though it became coeducational in 1979.

Trinity Chapel is one of the most stunning aspects of this college, and it is the only Oxford chapel which contains the tomb of the College founder.

Sir Thomas Pope is buried alongside his wife Elizabeth, with a monument on the left hand side of the altar – heading to the chapel during a visit is highly recommended.

Entry: Entrance costs £3 for adults and £2 for children and concessions.

The Queen’s College, often shortened to just Queen’s, is located in the centre of Oxford (on the high street, in fact).

This dreamy location makes it the perfect place to explore if you’re only sticking to the very centre of the city – you can be in and out within a couple of hours, with the rest of the day to explore other nearby attractions.

The college was first founded in 1341 and named after Queen Phillipa of Hainault. The buildings are instantly recognisable due to the intricate neoclassical design by Sir Cristopher Wren and Nicholas Hawksmoor (both architects also designed St Paul’s Cathedral).

Entry: You’ll need to contact the tourism office if you want to enter for a tour – or the beautiful chapel hosts plenty of public events.

Whilst you would be completely forgiven for thinking that one of the big names like Magdalen College or Trinity College were the first fully self-governing Colleges at Oxford University, that title is actually claimed by little old Merton College.

The College was founded way back in 1264 by Walter de Merton, who was Chancellor of England and Bishop of Rochester throughout his life.

Mob Quadrangle is the oldest Quadrangle in the entire University and, interestingly enough, was built in three stages. The College also boasts the oldest continuously functioning library for students in the world. You can (and should!) explore both when you visit.

Entry: Entrance costs £3 for anyone over the age of 12.

Visiting the Colleges is relatively simple and many are free to enter – check out the opening times and prices here.

How Many Colleges Are in Oxford?

Colleges are a selection of historical buildings that form close-knit communities and contain student’s accommodation, common rooms, cafes, and libraries. Students will often choose a particular college to apply to.

What Is a Quadrangle?

The funny name Quadrangle is given to the outdoor squares in which students gather for events and assemblies. They’re usually attractive spots well-looked after by caretakers – many Colleges have more than one.

Looking for More Places to Visit in Oxford? 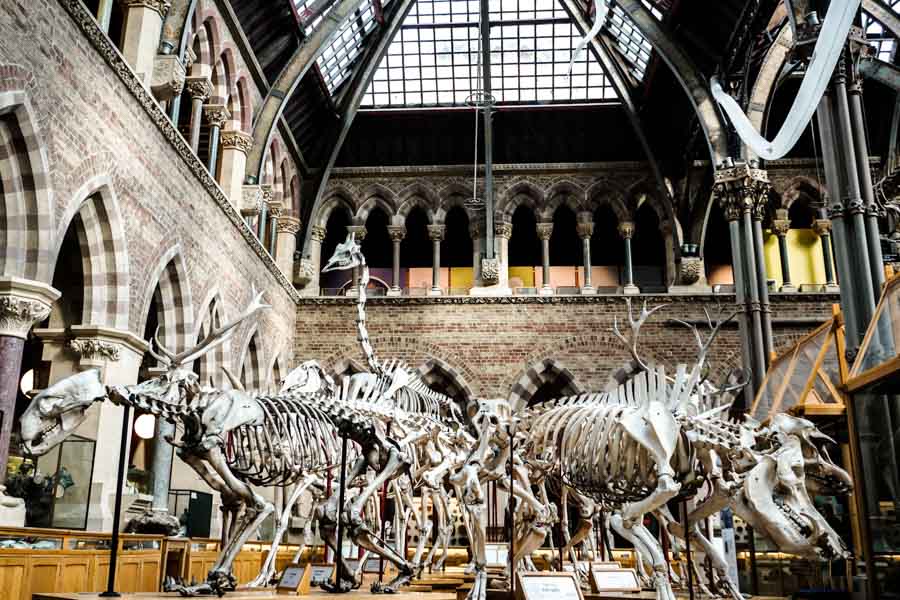 Things to do in Oxford 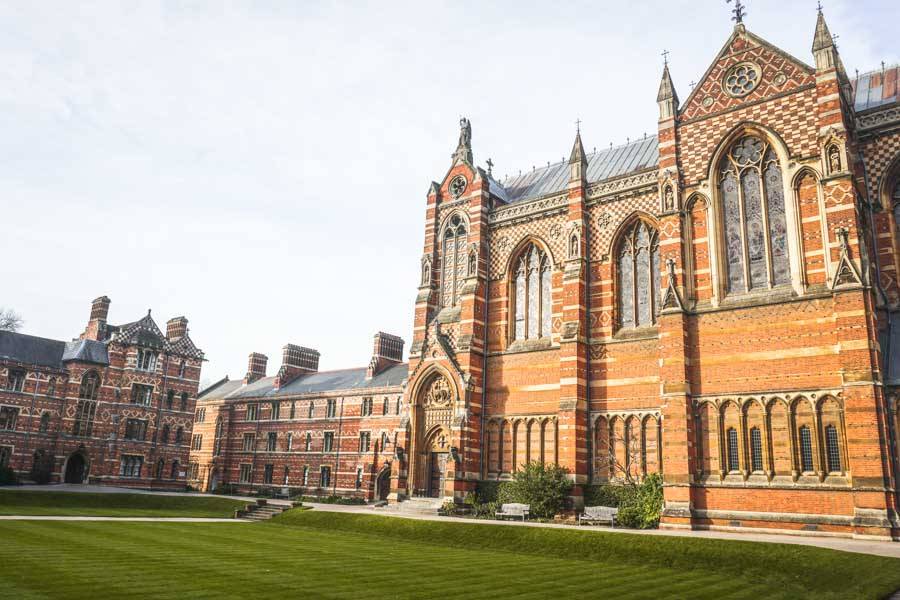 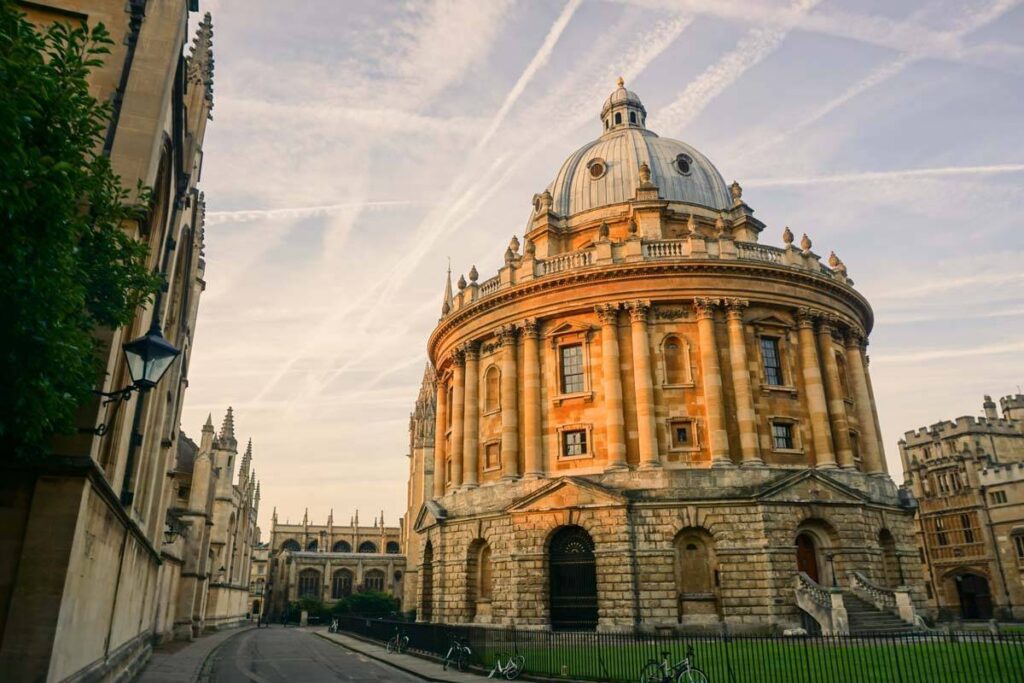 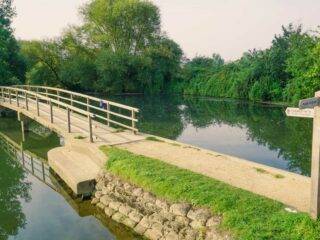 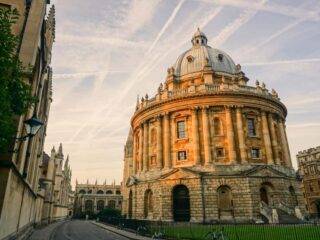