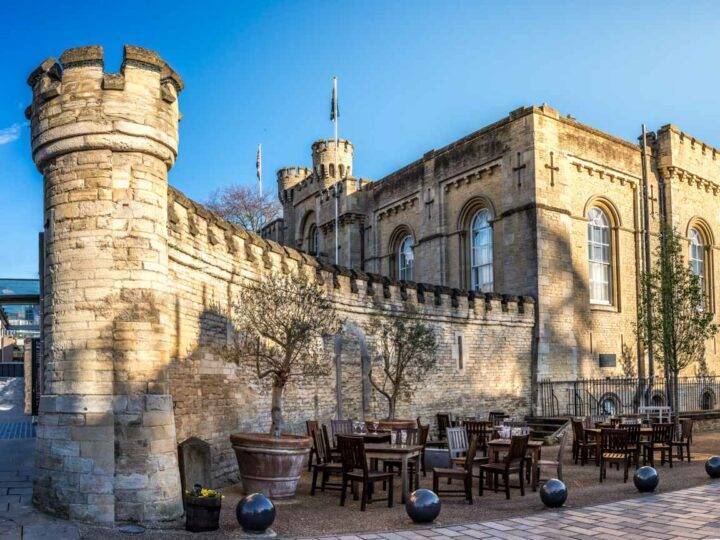 Are you ready to discover the history of Oxford Castle?

Whether you’re visiting Oxford or you’re a local wanting to explore some of the city’s historic spots, a visit to Oxford Castle is a must. Here’s what you need to know before you go.

The History of Oxford Castle

William the Conqueror invaded England and won the Battle of Hastings in 1066. To honour him, the Normans built Oxford Castle.

Oxford was identified as a strategic location, and so the motte-and-bailey castle was built here. The Oxford Castle Mound itself is believed to have been built over the existing Saxon burh wall. Water from the River Thames was then diverted to create a flooded moat around the castle.

Completed in 1071, it’s been in continuous use for nearly 1000 years, transforming from a castle into a prison and then a visitor attraction along the way.

But let’s dig a little deeper into the history of the Oxford Castle and Prison. We’ll start at the beginning with the death of King Henry.

King Henry died in 1135 without leaving a male heir. This caused England to descend into civil war, known commonly as The Anarchy.

Stephen of Blois, King Henry’s nephew, took the throne but was opposed by Henry’s daughter, Matilda. Norman Baron Robert O’Doyly, who had inherited Oxford Castle at this time, declared his support of Empress Matilda.

In 1142, Matilda marched to Oxford Castle, basing her campaign there in an attempt to take control of Oxford. This caused Stephen to attack and seize the town of Oxford, leaving Matilda besieged in the castle.

Stephen set siege mounds around the castle and waited for Matilda’s supplies to run low over the coming months, in hopes of her surrender. However, Matilda made a daring and successful escape to freedom on a winter’s night.

The popular tale of her escape is that Matilda waited until the water in the castle’s moat froze. To camouflage herself in the snow, she dressed all in white. Three or four knights are said to have lowered her over the walls where she then escaped. The Empress reached Wallingford Castle safely and Oxford was surrendered to Stephen the following day.

Robert O’Doyly died in the final weeks of the siege and William de Chesney was made the new constable of the castle. After the war and over centuries, the castle changed ownership and underwent upgrades before going into private ownership in 1611.

The English Civil War broke out in 1642. During this time the Royalists made Oxford their capital and used the castle as a prison for captured Parliamentary troops. The conditions for the prisoners were dreadful. They had no sanitary facilities and dozens of prisoners were crammed into small spaces.

By 1652, with the execution of Charles I, the castle was largely destroyed by Parliamentary prisoners. This was to put it out of further use for Royalists and to remove any symbols of Royalist traditions.

After the English Civil War in the late 1650s, it was officially converted into a prison, like many of England’s Castles. Prison wardens charged inmates for their board in the 17th and 18th centuries, however, the castle continued to deteriorate.

In 1785, local justices ordered a rebuild of the castle building, which included a debtor’s tower. This was completed in 1805 and the castle has seen various upgrades and renovations since then. The prison officially closed in 1993 and became open to tourists in 2006.

How to Visit Oxford Castle Today: Practical Information and Tickets

Visiting a new place can be a little stressful – how do I get there? Where do I park? Should I have bought tickets online? These are all questions that might cross your mind. Here’s what you need to know.

Oxford Castle is centrally located and easily accessible by train, car and bus. If you aren’t staying in Oxford, simply hop on a train to Oxford Station. Then it’s a short 5-minute walk from the station (470m). Buses also run from the station to the Castle if you’d prefer not to walk.

If you are driving, there is no car park at the Castle but you can make use of one of the five Park & Rides in Oxford. The closest two are Seacourt and Redbridge. Buses from each run on a 10-minute interval, and it will take you 10 minutes to reach the Castle.

The Castle is open from Monday to Sunday with guided tours starting at 10:30 am on weekdays and 10:00 am on weekends.

Capacity in the building is limited and it can get rather busy, especially during peak season, so it’s best to pre-book your tickets. Admission for adults costs £14.45 and tickets for children (5-15) cost £9.45. Children under 5 are admitted for free.

Note: The Oxford mound is currently closed due to restoration work. 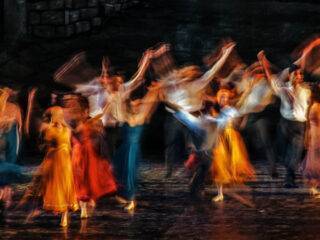 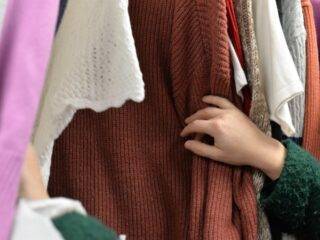