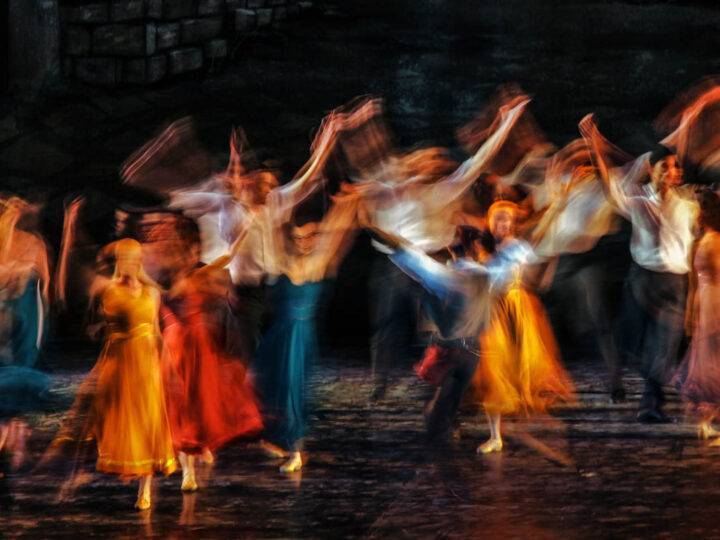 Calling all theatre lovers! Are you ready to discover the top performances and best theatres in Oxford?

Oxford’s lively theatre scene might come as a surprise – even though it’s a relatively small city, it has a flourishing arts scene with several theatres that regularly host concerts and plays.

Discover established theatres in old buildings, as well as smaller community centres that offer workshops and opportunities for up-and-coming artists.

So, let’s lift the curtain and see which top theatres in Oxford should be on your list.

The Best Theatres in Oxford

Located on George Street, in the heart of the city, the New Theatre Oxford is this city’s main commercial theatre. This large building with its luxurious art deco interior can seat around 1,700 people.

The theatre on George Street has existed since 1836 and has been rebuilt three times. The New Theatre as we know it today opened its doors in 1934, under the guiding hand of the Dorrill family.

At New Theatre you can find everything from popular musicals and rock concerts to ballet and traditional operas. The classics My Fair Lady and The Rocky Horror Show are just some of the famous productions you can see here.

There is always something on at this theatre. The box office is open from 12 pm Monday to Saturday. Alternatively, you can buy tickets online.

The Playhouse Theatre is Oxford’s other established main theatre. You can find this building with its old stone facade on Beaumont Street.

Founded in 1923, this theatre has seen many famous actors grace its stage. Rowan Atkinson, Ian McKellen, and Maggie Smith are just some of the celebrities who have appeared at the Playhouse.

You can find a variety of performances to enjoy at this theatre, including drama, comedy, dance, and music. The Oxford Playhouse is well known for its annual Christmas pantomime performances. It also hosts literary events and interesting lectures.

The smaller Burton Taylor Studio forms part of the Playhouse and is specifically set up for students to showcase their own productions.

You can book tickets to Oxford Playhouse performances online or at the box office. In keeping with the university city’s spirit, some shows are free to those under 26. The theatre also boasts its own two bars, where you can enjoy a drink before watching a show.

The magnificent Sheldonian Theatre in Oxford dates back to the 17th century. It was built as a place for the university to hold official ceremonies and the first dramas were only staged here in 2015.

The theatre has a beautiful interior, with an impressive ceiling fresco and windows that provide panoramic views of the city. This theatre is open throughout the year and attracts many tourists.

You can find the occasional play in the Sheldonian, but it mostly hosts musical concerts. Come here to be carried away by the beautiful music of the Oxford Philharmonic Orchestra. There are also many choir and university orchestra performances throughout the year.

This theatre doesn’t have a box office. You can buy tickets via the Oxford Playhouse or directly from the concert organisers.

Arts at the Old Fire Station

The Arts branch hosts and produces stunning plays, encouraging locals to express their creativity with new works. Arts works closely with the Crisis Support branch to help people who are experiencing homelessness. In this safe space, they can learn valuable skills and help run the theatre or take part in productions.

You can find a variety of shows to attend at this local theatre, including music, comedy, drama, and dance productions. The novel play Mrs Delgado by Olivier Award-winner Clare Lizzimore is the latest acclaimed production to show at the Old Fire Station.

A post shared by The Theatre Chipping Norton (@chippytheatre)

This charming theatre outside of Oxford may be small, but it draws thousands of visitors to its highly-praised productions every year. The Chipping Norton Theatre started its life in 1888 as a Salvation Army Citadel, and in 1975 it was opened as a theatre.

The splendid building hosts plays from other companies and produces many of their own. The theatre is extensively involved in the community, offering education programmes and creative workshops to all ages.

You can head to the Chippy Theatre for a fun pantomime performance of popular fairytales like Rapunzel. Here you can also find screenings of popular films and musicals, or enjoy an evening of live music. Buy your tickets online or at the theatre’s box office.

Keble is one of Oxford’s colleges that has a small theatre showing a variety of student productions every year. The relatively new O Reilly Theatre opened in 2002. It can seat around 200 people and has excellent technical facilities.

Every term, the best student productions are chosen to perform. You can expect to see anything from an original musical to a gritty drama. Check the O’Reilly Theatre website to see what’s on and to buy your tickets.

The Moser Theatre is part of Wadham College, and its primary use is as a classroom. Throughout the year, however, you can also find student performances to watch here.

The charming room with its theatre-style tiered seating can accommodate 130 people. Students perform a variety of shows, from comedic musicals to dramas about real-life issues. There isn’t much advertising of performances, but you can look on Wadham’s Events page to see what’s showing when. 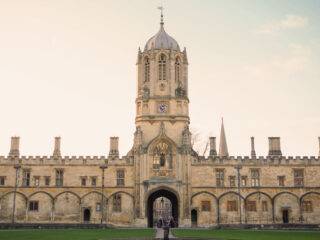 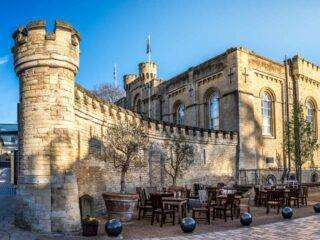